I am a Warrior of Love, It’s a 12-month long training program that allows you to live your life from Essence/Lifeforce instead of the identity we have built up over our lifetime. this is the link to my mentors’ school:  Living as Essence.

My Essence is Unlimited Intimacy, recently as I search for it I have entered the shadowland where it does not exist in my life. My identity has taken me to many dark places over time as my solution is to wish it would go away, definitely not to spend time hanging out with it which is what Arion, my mentor sees as the way into healing and that I also intrinsically know is the way.

I write daily love memes and original Inner Pilot Light prose on my Facebook Newsfeed and have been given two opportunities recently to receive intimacy from two women I rather fancy as possible partners. The first put a heart on a love meme that spoke about being authentically loved. My reaction was to go into deep shadow thoughts about why would she do that and construct a maze around any possibility… I took this to my weekly session and did some work on sitting with the possibility versus rejecting it without any evidence as to it being a possibility. This morning I wrote the following

You try SO hard to be perfect. But how do you think life will be better if you’re perfect?

Don’t you realize that your imperfections make you adorable? Just think what a beast you’d be if you were some Stepford person?

And holes in your jeans give others a place to sneak in tickles.

Relax your perfectionism, darling, and celebrate your glorious imperfections.

About 10 minutes later a heart emoji appeared underneath it, this time I thanked the person and wished her well on her overseas travel, a slightly different reaction from an entirely different space. Who knows what will happen in either case but it appears shadow work frees up possibilities.

So what have our philosophers and society said about hanging out in shadowland over the centuries? Here is what Jung and his cohorts have said:

1. Shadow and Light, they travel together. Sometimes we forget this.

2. They travel together to remind us that we have a choice moment to moment: So Small.

Walt Whitman was an American poet, essayist, and journalist. A humanist, he was a part of the transition between transcendentalism and realism, incorporating both views in his works. Whitman is among the most influential poets in the American canon, often called the father of free verse.

4. I think this 17th Century poet, critic, philosopher and theologian is pointing to our building up the strength of our stories as being the truth as we get older: Faded.

5. That smudgy name is the renowned Brene Brown. What if we were not afraid of our fears, but saw all opportunities as joyful?

6. I would definitely agree with this, on my three-month silent meditation retreat I spent the first two months quietening my mind and all the ways it thought I was doing it wrong: Bette Davis Eyes.

7. For one with such fame not much is known of his health issues. He produced the majority of his work from the age of 34 to 44. In 1889 at age 44, he suffered a collapse and afterwards, a complete loss of his mental faculties. He lived his remaining years in the care of his mother until her death in 1897 and then with his sister Elisabeth Förster–Nietzsche. Nietzsche died in 1900.

8. How we label our shadows sometimes, good sense: Pablo Picasso.

9. To dismantle them you must enter them.

10. Which included her shadow and her light: Song for Frida Kahlo. 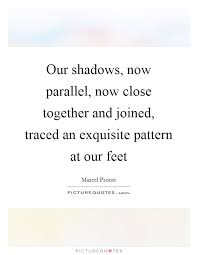 11. Marcel Proust, was a French novelist, critic, and essayist best known for his monumental novel À la recherche du temps perdu (In Search of Lost Time; earlier rendered as Remembrance of Things Past), published in seven parts between 1913 and 1927. He is considered by critics and writers to be one of the most influential authors of the 20th century. He died seven years before the final volume was published. 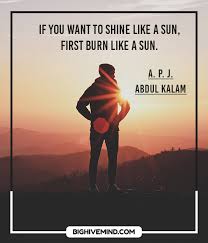 12. How many of us are willing to do this: Waiting For The Sun.

13. From a champion of the shadowland of both types, drugs and alcohol, comes a summation after playing in the field for a long time, myself, it was forty years.

14. Shadows of beauty and mystery, not many people I know relate to them this way, perhaps my fellow Warriors of Love: Busy Being Blue. 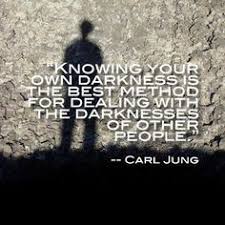 15. And for our final lesson today we receive our lesson from the Godfather of darkness, Carl Jung.

I am practising sitting with my shadow world and not creating chaos by resisting it, perhaps other miracles will appear in my life as I continue down this path.

Today’s playlist is loaded with ballads. We begin with Carrie Underwood, then a newbie to me, Alan Walker. That song by Kim Carnes follows. Then two obscure bands in The Modern Lovers and TinPan Orange before we move on to the iconic Doors. K. D. Lang finishes this fine collection: You Were Born An Original Work of Art.

I know that I am closer to Love and Respect for All, Everybody Included when my Essence of Unlimited Intimacy is present in my life, I thank the Warriors of Love for creating a space for me to practise in. Until next time we meet, my dear friends.

1 thought on “You Were Born An Original Work Of Art!!”