I am part of a year-long training program called Warriors of Love where we declare a life essence and bring it into being powerful. I chose Intimate Belonging, my friend suggested I read Braving The Wilderness by Brene Brown: Get it Here.

I really enjoy Brene’s take on life, so I have been doing that this week, what really spoke to me was the following:

“What emerged from the responses to these questions were four elements of true belonging. These elements are situated in the reality of the world we live in today. The theories that emerge from this methodology are based on how we engage with the world in our everyday lives; they’re not hypothetical. This means you can’t develop a theory of true belonging without addressing how our increasingly polarised world shapes our lives and our experiences of connection and true belonging. I didn’t intend to write a book about belonging set against a backdrop of political and ideological chaos. But that’s not my call to make. My job is to be true to the data.

As you take a look at each of the four elements, you can see that each is a daily practice and feels like a paradox. They’re going to challenge us:

Imagine if we everyone did this every day in their lives, what a different place the planet would be. In fact, how have we looked at belonging over the decades, here are a few of my favourite takes at it, profoundly Brene influenced:

1. Love and Belonging do not come out of a Mills and Boon episode, It comes from doing things that seem imperfect, that is vulnerable and real.

2. One of my daily battles, between the intellectualism of my mind and the love I have in my heart for my community: Love Myself.

3. Another Famous quoter named Brown. No relation, he was an African American baseball player born in the 1940’s.

4. Not by someone named Brown, but the worlds most famous, Ms Anonymous, this is an excellent recipe for well being: We are all Connected. 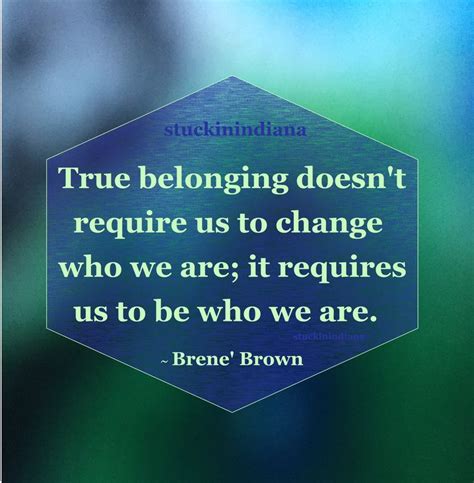 5. No change required, just genuinely being who you know you are. 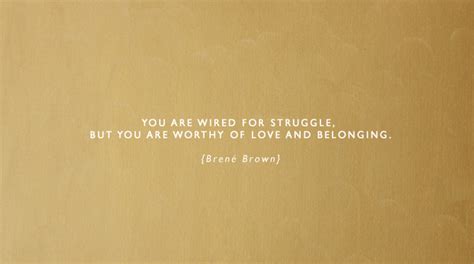 6. Who wired us to use our mind to feel a sense of belonging not our hearts, a lousy person: You’re Worth It.

7. After 5 years of Mental Health episodes I woke up one day and made this decision, my life changed overnight. 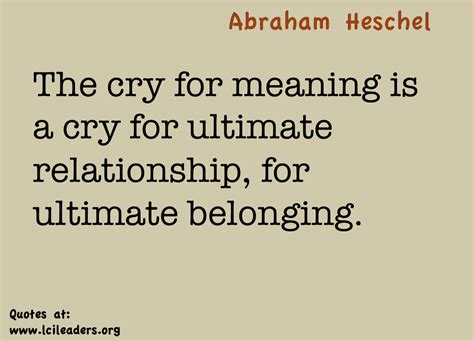 8. A prominent 20th-century Jewish rabbi who was raised in Germany expelled to Poland by the Nazis and fled to America, Heschel’s sister Esther was killed in a German bombing. His mother was murdered by the Nazis, and two other sisters, Gittel and Devorah, died in Nazi concentration camps. He never returned to Germany, Austria or Poland. He once wrote, “If I went to Poland or Germany, every stone, every tree would remind me of contempt, hatred, murder, of children killed, of mothers burned alive, of human beings asphyxiated.: No Tears Left to Cry. 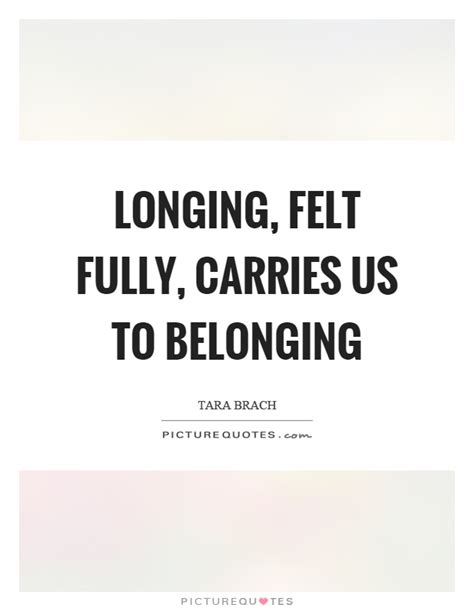 10. Have to think about this one, I apparently have not felt it fully: Feels.

11. Part of the four, Strong Back. Strong Front. Wild Heart.

12. When we talk about these, get vulnerable, we realise that: We are all in This Together.

13. If you feel like you belong where you are, why would there ever be a need for snobbery?

14. Renee has ten questions in her about Renee on her website, they were asked by a garden gnome apparently. My personal favourite:  If you could have a room full of any one thing, what would it be: The most delicious food from all over the world. Seriously. I travel to eat. It may seem shortsighted to you, but I swear I would be much happier than the jackass with a roomful of gold: We Belong.

15. How far can we take belonging?

Aldo Leopold was an American author, philosopher, scientist, ecologist, forester, conservationist, and environmentalist. He was a professor at the University of Wisconsin and is best known for his book A Sand County Almanac (1949), which has sold more than two million copies. Leopold was influential in the development of modern environmental ethics and in the movement for wilderness conservation. His ethics of nature and wildlife preservation had a profound impact on the environmental movement, with his ecocentric or holistic ethics regarding land. He emphasised biodiversity and ecology and was a founder of the science of wildlife management. I think we forgot to take his advice.

Byron Katie has another great metaphor. She tells us that thinking the problem of belonging is “out there” is kinda like thinking the imperfect image on the movie screen is the problem. Nope. It’s the lint on the projector’s lens. Clean THAT off, and the movie screen of life is golden. “As you inquire into issues and turn judgments around, you come to see that every perceived problem appearing ‘out there’ is really nothing more than a misperception within your own thinking.”

A very bouncy playlist today. We begin with Hailee Steinfeld, then we do the connected dance. A positive number from Cimorelli, Arian Grande next, followed by Calvin Harris with a guest list of mega-stars. A boppy musical number from High School Musical, finishing up with an anthem from Pat Benatar: In a Cat’s eyes, All things belong to Cats.

Namaste until next time we meet, my dear friends:

31,713 spam blocked by Akismet
a change in time