The Golden Rule is to do unto others as you would want done unto you. Rules that elevate some while devaluing others are suspect as bullshit rules – such as rules that grant or restrict opportunities based on skin colour, sexual orientation, religion, nationality, whether a person has a penis or a vagina, or any other arbitary or subjective criteria

A passage taken from Vishen Lakhiani’s excellent book The Code of the Extraordinary Mind that I am re reading at the moment. Vishen sets the premise there are two sets of truths, the physical world of absolute truths and the cultural world of truths based on Belief, he calls the second brules, aka bullshit rules that we adopt to simplify our understanding of the world.

He lists four major ones, 1. The college brule – we must go to college to succeed in life, 2. We must be  loyal to our culture Brule – Our nationality is better than the others, 3. The religion brule – My God is better than your God, and 4 The Hard Work Brule – If you are not working hard all the time, you are lazy.

So lets see what sort of life we could set up with the Golden Rule:

1. Why talk and say the unsaid words in haste when silence can speak the unspoken words?

3. George Bernard Shaw , known at his insistence simply as Bernard Shaw, was an Irish playwright, critic and polemicist whose influence on Western theatre, culture and politics extended from the 1880s to his death and beyond. He wrote more than sixty plays, including major works such as Man and Superman (1903), Pygmalion (1913) and Saint Joan (1923). With a range incorporating both contemporary satire and historical allegory, Shaw became the leading dramatist of his generation. He was the first person to be awarded both a Nobel Prize and an Academy Award, receiving the 1925 Nobel Prize in Literature and sharing the 1938 Academy Award for Best Adapted Screenplay for the film version of Pygmalion.

4. Self Love , one of the major golden rules. Have this and you will know how to deal with others: Born This Way. 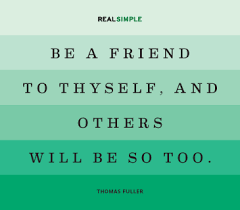 5. Always be yourself, express yourself, have faith in yourself, do not go out and look for a successful personality and duplicate it.

6. The only time you should put others totally before yourself, if you wish them to spend their money: Keep the Customer Satisfied. 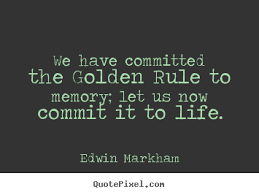 8. Actions not Words, my friends: Shake your Sillies out. 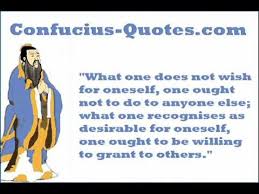 9. Are you willing to grant your golden rules to others? 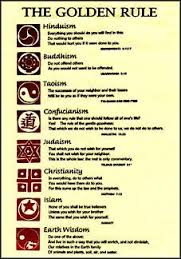 10. If all these religions followed these rules the world would be a different  place, we could Lose ourselves to dance!!

11. I find this quotes extremely powerful, especially the what you see in others – exists in you.

12. Do you catch yourself saying those things to your children you promised yourself you would never ever say. Stop It: See You Again. 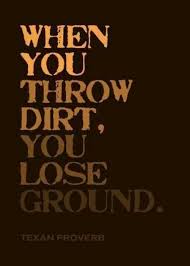 14. From Texas, The state where everything is bigger that everywhere else. The request is don’t get dirty: Dirt off your Shoulders. 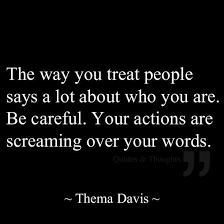 15. Can your Golden Rules be heard over the screaming your actions create?

I recommend you buy and read his book Link to freight free site. It just may allow you to see where you have followed your brules in  life and give you another chance.

27,249 spam blocked by Akismet
a change in time