My friend Emeli has chosen Stories as the theme of her next workshop, based on stories can carry us, or break us: Collective Potential. At different times in our lives we listen to different stories, some empowering , others that take us to the depths of despair. What is it that has us choose to stop listening to the empowering ones? I have a friend who never seems to do this , he says he does it by concentrating on living in the moment.

There are many varieties of quotes that relate to our stories, I think I have chosen wisely in the 15 I have selected today, let us begin our journey.

1. Delicious ambiguity, what a beautiful term. Add some zest to your life by not knowing what the next moment is going to be. 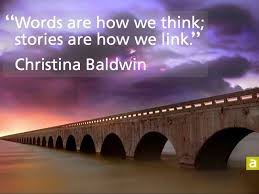 3. That voice in your head speak in words like I am and I always. The stories of our life link us, such as I have two sisters Ruth and Jann and an older brother Hugo. Christina Baldwin is founder of , Peerspirit.com living on our planet with Nature powerfully. 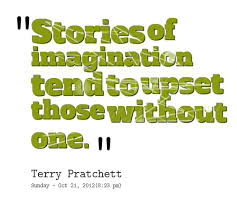 4. As young children we have imaginary friends, believe in Unicorns and the fae. Society seems to delight in suppressing these as we grow older. Terry Prachett speaks to those of us that survive this.

5. My writing teacher Catherine Deveny, The Dev says you should always be truthful in your words. then you don’t have to remember what you said or wrote, because it is the truth. 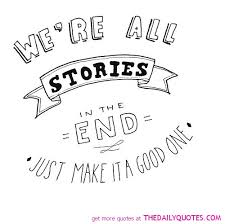 7. This to me is a Sacred Story from a life of Sacred love. 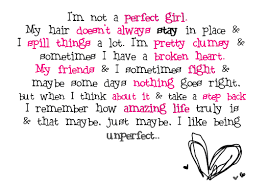 8. Perfectionism is the booby prize, how do you enjoy the journey?

9. Memories are often written in a song – some Elvis : Memories. 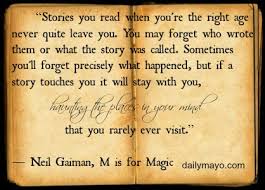 10. Neil Gaiman gave one of the most inspirational commencement speeches ever about making some art, its long but worth the time : Make some Art.

11. Putting Yellow stickies on our fridges to express our feelings to our beloved, a noble past time.

12. Sacred Love – to be told or tell someone I Love You and realising that It never has to be said again but that it will for the rest of their lives.

13. Terry Prachett again. Who is going to write your story, moi or someone else?

14. ANNA QUINDLEN is a novelist and journalist whose work has appeared on fiction, nonfiction, and self-help bestseller lists. She is the author of eight novels: Object Lessons, One True Thing, Black and Blue, Blessings, Rise and Shine, Every Last One, Still Life with Bread Crumbs, and Miller’s Valley. Her memoir Lots of Candles, Plenty of Cake, published in 2012, was a number one New York Times bestseller. Her book A Short Guide to a Happy Life has sold more than a million copies. While a columnist at The New York Times she won the Pulitzer Prize and published two collections, Living Out Loud and Thinking Out Loud. Her Newsweek columns were collected in Loud and Clear. She loves London : Streets of London. 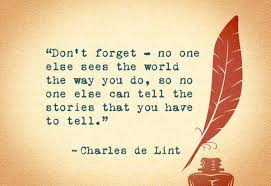 15. A reminder for number 15. Only you can remember how you see the world, so tell those stories proudly. You are a divine being.

Remember behind every favourite song, there is an untold story. Please tell your Sacred stories.

11,193 spam blocked by Akismet
a change in time