They say when people break up there are three versions: Yours, Theirs and Reality as to what really happened. There are 7,000,000,000 versions of reality walking around the planet. Some are very similar as they label themselves as belonging to a religious or political belief system and this often takes away the act of thinking freely.

Life is what it is, some of it affects our reality more than other actions do. At the moment it seems to be terrorism or mass migration that is on the top of the list of what is wrong with reality. I don’t think these are new to the world as my country is a totally migratory country except for the indigenous First Australians.

What have they said about reality over the centuries, let’s go on that journey:

1. Who would have thought someone from the 18th centuries quote would be so relevant these days. As idealists, we get a little exasperated with tedious attention to prices over people, numbers over names, logic over love. 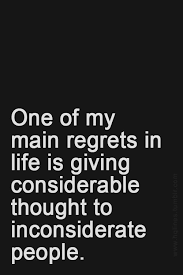 2. We form our reality and Jarod Kintz points out a practice that stains it: Inconsiderate.

3. In the great book the Fear Cure, Lissa Rankin points out there are two types of fear. one you should listen to because you are in danger and the other that are all those thinks you think will happen if you do something and never actually do.

4. Danish philosopher Soren Kieregaard was considered to be the first existentialist philosopher. Much of his philosophical work deals with the issues of how one lives as a “single individual”, giving priority to concrete human reality over abstract thinking and highlighting the importance of personal choice and commitment: Let It Go.

5. They say police often have trouble getting facts about what happens at a crime scene because of what is written in the above quote.

6. I wonder how many people live by this premise, I don’t think it’s a question they ask in the census: Made to Dream. 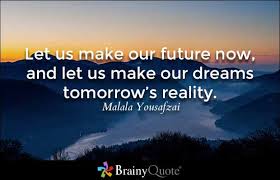 7. It took being shot for this remarkable young woman to be listened to. I think she will fulfill this reality.

8. Mainstream media seems to have forgotten this seeing the way they interpret life: I’ll Show You.

9. Andy tried many ways to change reality in the 1960’s. His works explored the relationship between artistic expression, celebrity culture, and advertising that flourished by the 1960s and utilize a variety of media, including painting, silk screening, photography, film, and sculpture. Some of his best-known works include the silkscreen paintings Campbell’s Soup Cans (1962) and Marilyn Diptych (1962), the experimental film Chelsea Girls (1966), and the multimedia events known as the Exploding Plastic Inevitable (1966-67).

10.In this world, nothing can be said to be certain, except death and taxes. Why do we resist the latter so ferociously: Rivers of Tears.

11. Management expert James O’Toole, in a 2005 issue of Compass, published by Harvard University’s John F. Kennedy School of Government, claimed that Bennis developed “an interest in a then-nonexistent field that he would ultimately make his own — leadership — with the publication of his ‘Revisionist Theory of Leadership’ in Harvard Business Review in 1961.” O’Toole observed that Bennis challenged the prevailing wisdom by showing that humanistic, democratic-style leaders are better suited to dealing with the complexity and change that characterize the leadership environment.

12. How often do we fall for this, that what is said about us is the actual reality vs. what we are actually experiencing: Human.

13. It changes moment to moment, each one a new reality.

14. Or seemingly not in mainstream media. If we believed them we would think the whole world is at war or committing acts of terrorism or be dying in accidents: Don’t Lie. 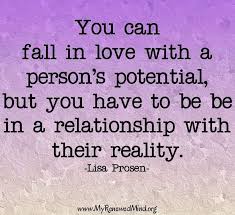 15. They looked across the room and fell in love/lust. The reality struck when they tried a relationship.

So what is your reality?   How do you arrive at it and when are you willing to change it?

15,153 spam blocked by Akismet
a change in time