What do we base the saying good morning on, is it something we say because it is expected in our culture or is it an authentic statement on how our energy is flowing at the time? I think it is a mixture of the two and an area in our lives that we should consider moving to the latter.

As Nikola Tesla says  “If you want to find the secrets of the universe, think in terms of energy, frequency and vibration.”. This relates as much to our own secrets as we are just one small part of the whole universe who normally holds ourselves separate from the rest.

Energy is important, we perform best when it is at its peak and when we are demotivated it tends to drop off. There were many different aspects to look at when selecting 15 quotes, I hope you enjoy them, lets go :

1. The most powerful form of energy is Love to me, it underlies all others and can over ride them much further than that which was underlying.

2. In the last week I lost my house keys, drowned my phone, got banned by Facebook and had my push-bike locked to a bike stand by another persons lock as well as my own, I could have interpreted these as negative problems which I did not do but instead solved them with positive solutions. 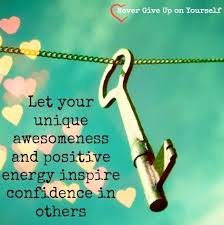 4. This is referred to as your Essence by my friend and mentor Arion Light at his Activation School.

5. Does on have to always be on Hi Energy mode, at times we need to back off even though AC/DC might disagree – High Voltage. 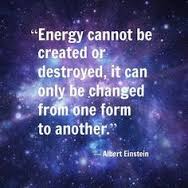 6. Albert is a wise man, time is a made up notion of energy as well. 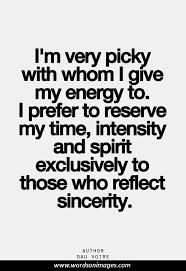 7. I have been told by one of my mentors to contain my energy when I day, to stay in my body more as giving energy away cheaply has it repercussions. I think this is what this quote is addressing. 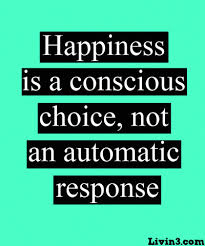 8. Energy can be chosen as to how you direct it. It may feel automatic in nature, but breath in before you respond.

9. This quote made me immediately think of this song of my music journey in the 70’s : Bob Marley’s Positive Vibration. 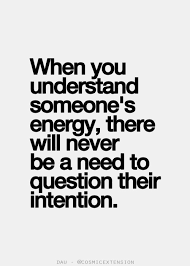 10. There is a lot written about and workshops run on the effect of energy on each of us. Learning this goes much deeper than the words someone speaks.

12. Oprah Gail Winfrey (born January 29, 1954) is an American media proprietor, talk show host, actress, producer, and philanthropist. She is best known for her talk show The Oprah Winfrey Show, which was the highest-rated program of its kind in history and was nationally syndicated from 1986 to 2011. Dubbed the “Queen of All Media”, she has been ranked the richest African-American of the 20th century, the greatest black philanthropist in American history, and is currently North America’s first and only multi-billionaire black person. Several assessments regard her as the most influential woman in the world. In 2013, she was awarded the Presidential Medal of Freedom by President Barack Obama[and honorary doctorate degrees from Duke and Harvard. She transmits hers very well.

13. Does your energy have you leap out of bed or hit the snooze button, how satisfied do you go to bed?

14. Let it go, Let it Out. Let it all Unravel. Let it Free and it can be a path on which to travel – Michael Leunig, Australia’s greatest philosopher.

15. Every school should have one of these in their playground, the world would be a very different place.

Namaste until next time, dear friends.

1 thought on “Good Morning, or is that Energy?”