There are many forms of connection  across the world, religious sporting, kindred spirits and even family. I went to a card making day for the United Nations International Day of Friendship at Darebin Intercultural Centre in Melbourne where I voluntarily tutor English to two Sri Lankans, one Pakistani and three Chinese students. They give me a great connection to other cultures.

I made a card for each of my siblings , and I am going to send them on August 7th, which is the official day, I’m not sure how my older brother will take being told how I love him, it’s not his thing.

The quotes for connection are widespread across many facets of life, so let’s begin our travel down the road of being connected to something or someone in our lives. 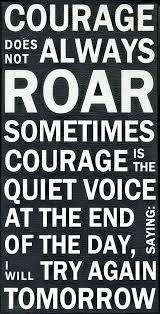 1. Our connection to life can be like Anthony Robbins screaming out Just do It or like Eckhart Tolle cajoling us to just be in the now . Neither is an incorrect way to be connected to the earth. Kate Perry, OMG, has a courage song : Roar.

2. I grew up in Bendigo and went to  High School in the 1970’s. The  last friend I saw from those days was at least 15 years ago as I had to move away for work. I sometimes regret losing those wonderful friends I used to ride my bike to school with.

3. I’m not sure if this is the cinemaphotographer from Finding Tory, but I have been learning recently that it is not money you work for , it is your time that holds the value. when you lose value ,  you may contemplate this : Rock and Roll Suicide.

4. You can do well at things, but if they are not improving life on earth, why do you bother?

5. I’m sure we have all seen Steve Jobs, Tim Minchin’s and Jim Carrey’s commencement speeches. How many of the people listening follow the advice before they are sucked into the normality of a 9 to 5 job. Fear and Love. 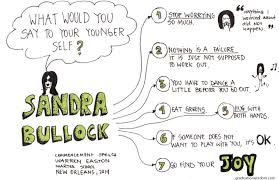 6. And if we could connect to our younger selves, what would we say. Here is what actress Sandra Bullock suggested at a commencement speech she gave.

7. Make your connection with your spirit the best it can be , shoot high.  Terry Teachout (born February 6, 1956) is an American critic, biographer, librettist,author, playwright,and blogger. He is the drama critic of The Wall Street Journal, the critic-at-large of Commentary, and the author of “Sightings,” a column about the arts in America that appears biweekly in the Friday Wall Street Journal. He blogs at About Last Night and has written about the arts for many other magazines and newspapers, including the New York Times and National Review : We are the Champions of the World.

8. Jim Carrey again, I have listened to the speech mentioned above in full about twenty times, if you have time seek it out on Youtube, the one I have included is a shortened version.

9. I wrote a previous blog on Anam Cara, Irish for soul friend, people you can be apart from for years and it feels like a minute and it just continues like no time has passed: That’s what friends are for.

10. There is a saying the greatest compliment you can give someone is to really listen to them. I think this quote sums that situation up pretty well.

11. We are here for a short period of time, do not leave the planet worse than you found it: Peace Train.

12. Not your Love, but your vision, creativity, character, and your passion, then perhaps it has a chance.

13. Because it says so much about our changing types of connection: My thoughts on Google+

14. Eleanor Roosevelt was the first lady of the United States and so much more. She said great empowering things, especially for women.

15. And, yes we are getting two commencement speeches in the add-ons, take it away: Steve Jobs.

As I said, different ways to look at connection, quotes, songs and speeches. Some of them are inspiring, some daggy – Australian for quirky, and some just classic.