I just attended another of our intercultural events at the Darebin Intercultural Centre where many different cultures gather to learn about what makes each of theirs special. I have developed a Facebook page Interculturalism with the ethos that is the title of this blog. Join us in posting about things that express this.

How many different cultures do you have amongst your friends, I find the social groups that I hang around in are made up of the dominant Caucasian race that our country was settled with. A person from a different culture is a novelty , you may say.

How do you get to learn about the world if you cannot afford to travel, you have the opportunity at places like our centre and can reach out to other cultures and find out what events they hold to show off what makes them special.

I have chosen 15 quotes that cover the wide spectrum that is Interculturalism, lets begin our journey around the planet: 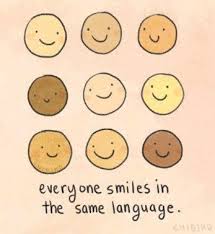 1. If you meet someone who does not know your native language, give them the universal sign of welcome, a smile, that will break the ice. 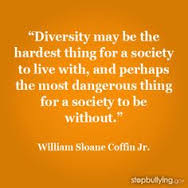 2. Our recently deposed Prime Minister ruled using jingoistic saying, one of the most demeaning was Team Australia, pointing out that if you did not belong to it you were on the outer in our country.

3. These are some of the ways you can say welcome, there are 6,909 distinct languages on the planet.

4. With all of our different customs and economies we cannot forget we are all inhabitants of Gaia, mother earth and must make sure that we treat her well. Some western economies seem to have forgotten this.

5. 1984, the book and movie , In a dystopian 1984, Winston Smith (John Hurt) endures a squalid existence in the totalitarian superstate of Oceania under the constant surveillance of the Thought Police. The story takes place in London, the capital city of the territory of Airstrip One (formerly “either England or Britain”).

Winston works in a small office cubicle at the Ministry of Truth, rewriting history in accordance with the dictates of the Party and its supreme figurehead, Big Brother. A man haunted by painful memories and restless desires, Winston is an everyman who keeps a secret diary of his private thoughts, thus creating evidence of his thoughtcrime.

Pray that this never occurs and takes away the diversity that makes up our planet.

6. Bob Marley declared a war on those who lived a racist life, treating people differently because of their colour. How did he do it with songs like this : One Love.

7. James Andrew Beard was an American cookbook author, teacher, syndicated columnist and television personality. Beard was a champion of American cuisine who taught and mentored generations of professional chefs and food enthusiasts. One of the quickest ways to break down barriers is to share our love of food with other cultures.

9. How much of the six basic subjects we all had to learn at school do we use on a day to day basis in relating to the people in or lives. Not much in my case. It is all the workshops that I have attended after being asked to leave traditional education that have empowered my life.

11. Be curious about others, this made me think of this song : Curiosity Killed the Cat.

12. Ayaan Hirsi Ali  is a Dutch-American activist, author, and former politician of Somali origin. She is a leading opponent of female genital mutilation, and calls for a reformation of Islam. She is supportive of women’s rights and is an atheist. Her latest book was released in 2015 and is called: Heretic: Why Islam Needs a Reformation Now.

Racism is a form of cowardice. 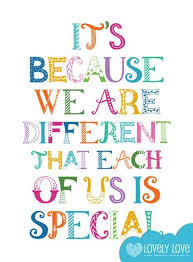 13. Have you been told you’re special today. Now you have.

15  Catherine Pulsifer is an inspirational writer. She has faced many challenges in her life and found  ways to cope by reading motivational and inspiring books.

In 1998 Catherine wrote her first book, Wings for Wisdom. Since then she has then  written many more books and developed a website www.wow4u.com.

One of her primary goals in life is “to help others build a more rewarding and successful life by sharing her experiences and challenging peoples thinking!”

I teach two Sri Lankans, a Pakistani and a Chinese student English, I learn as much if not more from them. That is why I love Interculturalism.