Caught up with the woman who started my blogging career tonight at a publicity do for her book on writing, Use your Words. I did her Gunnas writing course about two years ago and had not committed a word to print before attending. I am now up to blog 187. Here’s a link to her web page, if you ever intend writing your words, check it out: Catherine’s web page.

Cath gave some amazing tips during her talk, one being don’t seek feedback, they are your words, write them and then find a publisher or self-publish. Also, that whoever tells you that writing is easy is bullshitting you, It’s hard.

So what does the world say about the art of writing your words, let’s have a look.

1. I think I have done some things worth writing about. Interrupting the main street of Leningrad to run down with the mayor and the Minister for Sport on a  Friday afternoon being one of them. 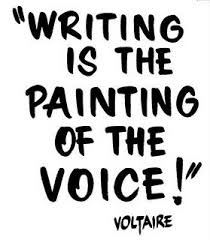 2. Great books to me are just as visually stunning as a great painting. The images you create as you read the words stick with you as long as seeing the Mona Lisa or Blue Poles : You’re The Voice.

3. People probably think Elizabeth Gilbert sat down one  day and churned out the million-selling Eat, Pray, Love. Gilbert earned a Bachelor of Arts degree in political science from New York University in 1991, after which she worked as a cook, a bartender, a waitress, and a magazine employee. She wrote of her experience as a cook on a dude ranch in short stories, and also briefly in her book The Last American Man (Viking 2002). It was not until 2006 she wrote Eat, Pray, and Love.

4. I have probably written as many wrong words as I have words that have ended up in these blogs: Elastic Heart.

5. I stopped writing this blog for three months when I had a thinking block that went something like this: No one is reading it anyway, so what will it matter if I stop.

6. I put Namaste at the end of every blog I write, it means one soul recognizes another. I hope that you can see mine in my writing : Say my Name.

7. We are all organisms, from our pet cats to the curious breed known as writers.

8. The world’s greatest booby prize, perfectionism. At the Gunnas master class, our first exercise was to write for 5 minutes, which was actually 15 which proved to us all that we could write: Hear You Me. 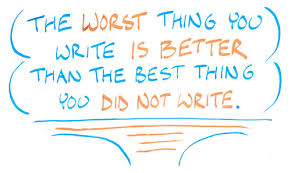 10. My 89-year-old mum can still recite William Wordsworth’s I wander lonely as a cloud. It must have filled her heart upon reading it. William got his job done: Daffodils. 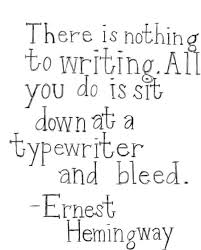 11. I don’t know how many times I have thought is that revealing too much Like that I have been hospitalised 6 times for mental health issues, then I realise writing is not about censorship.

12. Motivation follows action, do you give up your designated writing times and word targets, never ever ever: Instant Crush.

13. What people think of your work is none of your business, as long as it makes you a better person, who gives a shit.

14. Write real words, real stories about real people, because that is who you are writing them for.

15. I only found out about Maya Angelou after she had  passed. Maya Angelou , born Marguerite Annie Johnson; April 4, 1928 – May 28, 2014) was an American poet, memoirist, and civil rights activist. She published seven autobiographies, three books of essays, several books of poetry, and was credited with a list of plays, movies, and television shows spanning over 50 years. She received dozens of awards and more than 50 honorary degrees. Angelou is best known for her series of seven autobiographies, which focus on her childhood and early adult experiences. The first, I Know Why the Caged Bird Sings (1969), tells of her life up to the age of 17 and brought her international recognition and acclaim.

I say I am a blogger, but am willing to own that I am a writer as well. I think the two words mean the same thing.

1 thought on “This is Brilliant, You are Awesome!!”