There is a poster in front of me that is advertising the Goodstart Preston program, on it is written the statement Creativity is more than artistic expression, it’s a safe and engaging way for children to explore their feelings and imagination while developing motor skills and language.

Remember as a child when you had imaginary friends who could be dragons, princes, and princesses or the brothers and sisters you didn’t have. Where has that incredible creativity gone in our more mature life? Let’s have a look at what society has said about creativity over the years:

1. From a conflicted and unhappy childhood, Dorothy Parker rose to acclaim, both for her literary output in publications such as The New Yorker and as a founding member of the Algonquin Round Table. Following the breakup of the circle, Parker traveled to Hollywood to pursue screenwriting. Her successes there, including two Academy Award nominations, were curtailed when her involvement in left-wing politics led to a place on the Hollywood blacklist. 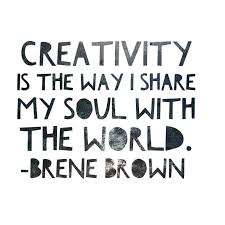 2. I love this statement by Brene Brown, sharing your soul with the world, what a way to describe creativity: You Have to Get Back UP.

3. I thought John Kennedy said this, but it was definitely George.  Over his 94 years, he wrote an incredible 60 plays, the best known being Pygmalion, a stalwart of the school curriculums. A little-known fact is that he opposed vaccination back in the late 1800’s and the early 1900’s. 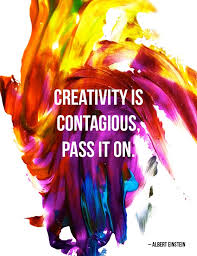 4. Probably my favorite quote maker. Albert Einstein’s work is contagious and I love passing it on: Pass it On. 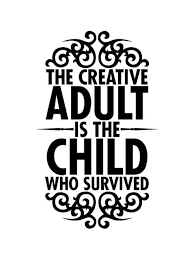 5. It’s Santa time. How old were you when you stopped believing or are you a survivor?

6. We remain loyal to people but how often do we give up on our gifts because we are told by society they are not the way to make our living: Get Lucky.

7. Fahrenheit 451, one of the most iconic sci-fi books ever written. The novel presents a future American society where books are outlawed and “firemen” burn any that are found. The book is named after the assumed temperature at which paper combusts. Thank goodness for Kindle.

8. Paint attracts the child in one because it so bright. But when Danny was around on TV it was black and white. Here is a classic dance routine from his show with Gene Kelly: Danny and Gene.

9. Do you remember  those puzzles that were popular where you had to go outside the box. If you solved them you were a creative.

10. A lot of Creatives never make it to their Uni graduation. Here is one of the most famous and his speech about it: Be Inspired.

11. Do you know that most things that are created are after an incredible journey  of failure, Edison being the classic example with the electric light bulb.

12. You can Dance if you want to: A koan for creativity: Safety Dance.

13. It’s essential ot remember the last element, have fun  on your creative path.

14. I know I have made some awful flub ups because of my unwillingness to let go of my certainty about life I think I’m making one  at the moment : Get Back Up.

15. As I mentioned before I thought JFK had made a quote, he didn’t but he definitely said this one. Idea’s are timeless as is your creativity.

So fight for your right to party/stay creative. It’s that part of you which can make the world a better place.

Namaste until next time , my dear friends.