My word for today is restorative, it’s interesting what quotes come up under that. When we restore something to its former glory we are doing a service to the planet as we do not have to build new structures, physically or mentally. we just make good what has become damaged.

So let’s begin our journey along the making hope possible trail: 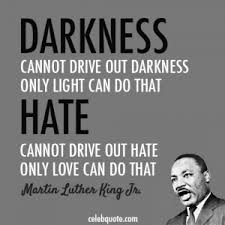 1. By restoring Light and Love you have a much better chance of restoring the hope that has been lost from a situation. 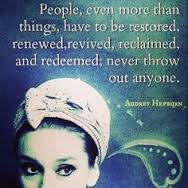 2. Audrey Hepburn believed in the 5 R’s and that everybody was redeemable, imagine the world if we all thought that was possible: Wouldn’t it be Loverly. 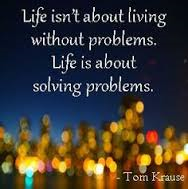 3. This is one of the great pitfalls for perfectionists, do you start anything if you don’t think you are going to get it absolutely right. Problems are a part of life and for our lives to succeed we must learn to deal with them. 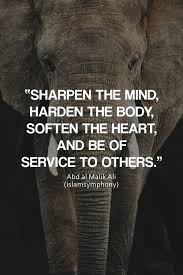 4.Abd al-Malik ibn Marwan  was the 5th Umayyad caliph. He was born in Medina, Hejaz, Abd al-Malik was a well-educated man and capable ruler who was able to solve many political problems that impeded his rule. The 14th-century Muslim historian Ibn Khaldun states: “`Abd al-Malik ibn Marwan is one of the greatest Arab and Muslim Caliphs. He followed in the footsteps of `Umar ibn al-Khattab, the Commander of the Believers, in regulating state affairs”.

During his reign, all important records were translated into Arabic, and for the first time, a special currency for the Muslim world was minted, which led to war with the Byzantine Empire under Justinian II. The Byzantines were led by Leontios at the Battle of Sebastopolis in 692 in Asia Minor and were decisively defeated by al-Malik after the defection of a large contingent of Slavs. The Islamic currency was then made the only currency of exchange in the Muslim world. Also, many reforms happened in his time relating to agriculture and commerce. Al-Malik extended and consolidated Muslim rule, made Arabic the state language and organised a regular postal service: Soften Your Heart.

5. When I was in the depths of my mental health crisis I use d to get on busses in the hope the problems would stay behind in the place I had left, they didn’t. Only when I started taking on board the love of my friends and family did the problems start to go away. 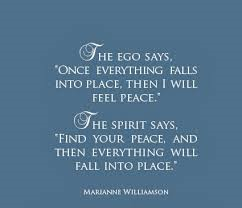 6. Marianne and John both believe in this: Give Peace a Chance. 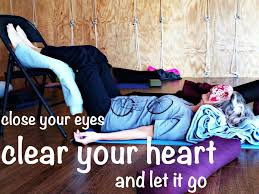 7. I have found lately that the solution for a problem lies in the heart not the head. By going into your heart and accepting what is so, it magically clears the situation. 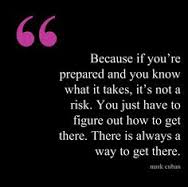 8. Risky behaviour is deemed to be that way if you haven’t worked out the way to get there. It may not be your normal path of action but there is always a way to get places: There’s no Other Way. 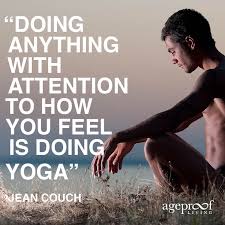 9.  Yoga is a group of physical, mental, and spiritual practices or disciplines which originated in ancient India. There is a broad variety of Yoga schools, practices, and goals in Hinduism, Buddhism, and Jainism. Among the most well-known types of yoga are Hatha yoga and Rāja yoga.

The origins of yoga have been speculated to date back to pre-Vedic Indian traditions, it is mentioned in the Rigveda, but most likely developed around the sixth and fifth centuries B.C., in ancient India’s ascetic and śramaṇa movements. The chronology of earliest texts describing yoga-practices is unclear, varyingly credited to Hindu Upanishads and Buddhist Pāli Canon,probably of third century BCE or later. The Yoga Sutras of Patanjali date from the first half of the 1st millennium CE, but only gained prominence in the West in the 20th century. Hatha yoga texts emerged around the 11th century with origins in tantra.

Yoga gurus from India later introduced yoga to the west, following the success of Swami Vivekananda in the late 19th and early 20th century.  In the 1980s, yoga became popular as a system of physical exercise across the Western world. Yoga in Indian traditions, however, is more than physical exercise, it has a meditative and spiritual core. One of the six major orthodox schools of Hinduism is also called Yoga, which has its own epistemology and metaphysics, and is closely related to Hindu Samkhya philosophy.[

Many studies have tried to determine the effectiveness of yoga as a complementary intervention for cancer, schizophrenia, asthma, and heart disease. The results of these studies have been mixed and inconclusive, with cancer studies suggesting none to unclear effectiveness, and others suggesting yoga may reduce risk factors and aid in a patient’s psychological healing process.

10. There is a new method of justice taking of in parts of the world. It is called restorative justice not retributive justice. It looks at redressing the issues that have caused people to commit crimes so they do not do it again: Clean This House. 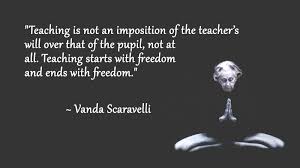 11. The daughter of artistic Italian parents, wife of a professor of philosophy, and an accomplished pianist, Vanda Scaravelli was accustomed throughout her life to meeting creative artists, intellectuals, and literati. The Indian philosopher J. Krishnamurti came to stay at the Scaravelli’s villa overlooking Florence every year. When Scaravelli’s husband died suddenly after World War II, she soon began spending summers with her children at a chalet in Switzerland, where she hosted Krishnamurti during his lectures there. B. K. S. Iyengar would come every morning to teach him yoga; he introduced Scaravelli, then in her 40s, to the ancient discipline, and “a new life came into my body.” Thus began her ongoing exploration of what she called allegrezza, “the intelligent heart.”

From T. K. V. Desikachar she learned breath awareness; she later formulated her own approach to yoga (in which “you become intelligent and at the same time you are happy”) and began to teach others. Her book Awakening the Spine (Harper San Francisco, 1995) became a classic. Since her death in 1999, at age 91, several teachers have carried on her work, most notably Toronto-based Esther Myers. “I practice because it is natural for me to practice,” she told Myers in a 1996 YJ interview. “There is no other reason.

12. The restorative power of a visit to a major art exhibition or to a great movie cannot be paid for, it isn’t the money you put out: Art for Art’s Sake. 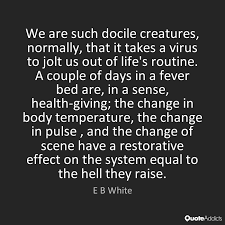 13. I woke up with a bung knee this morning, after one hours sleep because every time I turned over I would wake from the pain. I hope the above quote has some credibility. 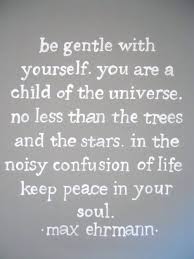 14.  In our social media madness that is called our lives these days always remember that our soul is there hanging out in the peace zone: Desiderata. 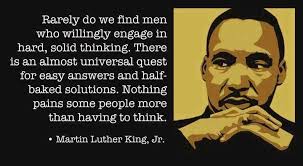 15. Do we make our children think these days , or just rort remember facts so they are prepared for their careers that have been mapped out by society. MLK was not one to accept easy answers or half baked solutions.

The path to Possibility is what I have been aiming to address in this blog. Possibility opens up a new paradigm in our lives that allows us to restore all those dreams we had as children. 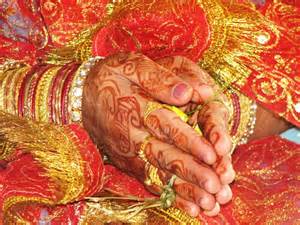