Tonight my friend Emeli Paulo is leading a RAW session on Addiction : What’s Yours. I have been thinking about this and I think my friends may feel it is posting positivity on my Facebook page Positivity HQ, but I believe this to be a sacred calling to counter the evil mainstream media is spreading across the planet.

So I thought long and hard, not Sex, not Alcohol , I gave up drinking on my 40th Anniversary of doing that, not gambling

, I see that as a waste and came across Music. I have 23,000 songs and lectures on my Itunes library, I am subscribed to both My Music and Spotify and have Mixcloud, Souncloud and Bandcamp accounts

So what do we get from our love of Music. Here are the 15 thoughts I have put together that our sages, musicians and people of note have contributed to the matter. 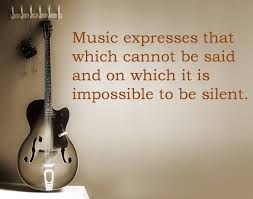 1. What does this truly mean. To me it is in those moments when a chill goes up your spine. Years ago I worked

on the door for my friend Kerri Simpson and I knew when she was on, She always sang Summertime and when it sent chills up my spine the effect would last for hours. 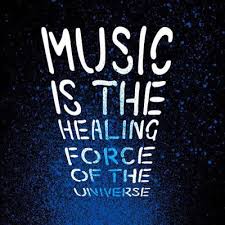 2. When first contact is made they will bring many new and exciting things with them. But one thing they will certainly bring is their music. Even Klingon’s had music in Star trek, admittedly it was hard to appreciate but they loved it as we do our favourite style.

3. Billy Thorpe’s Somewhere over the Rainbow doesn’t make me think what a great song, there are many finer versions

. But what it does make me remember is the night at the Myer

music. I listen to it primarily when I am travelling on public transport. I lowered my Carbon Footprint to an Electric Bike, a pushbike and Public transport several years ago. It takes me to a place of genuine bliss while journeying through the chaos of a major cities thoroughfares.

5. There are so many styles of music that one can listen to, It seems there are new ones being developed every year. I am not a huge fan of Death metal, Pagan Rock and such genres. More for me tunes that have a positive message.

6. We Live on our own part of the World, so in the other parts of the world our indigenous music is captured by the title World Music. This gives you many opportunities to learn and listen to the magic of other cultures as these year Five students did.

7. Here’s an image you will find hard to get out of your head. A naked 61 year old man bopping around his apartment’s kitchen to GodsKitchen doof.

8. Back to ancient Greece. Plato and his mates sitting around listening to an inspired bouzouki performance. He turns to them and says …….

is singing the Yellow Rose of Texas, half way through we hear the class next door joining in. The power of music is irrepressible.

10. It is often said by people that a particular song touches their heart. In doing so these words give you access to precious moments of healing that enliven your human experience.

11. Nature plays music to us all the time, sometimes it is powerful in the form of destructive winds, sometimes almost silent like an early morning sunrise over the mountains. We cannot write such superb songs, just give it our best shot. 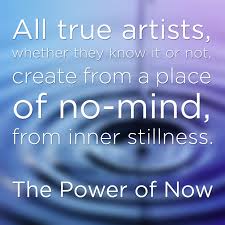 12. Eckhart Tolle speak of the inner stillness that music can conquer. I have seen this many times in my music listening career. The most memorable being when I went to my friend Alicia’s Melancholia event two years ago. A young musician named Dan Parsons did one of his original songs and you could have heard a pin drop. It was outstanding music.

13. What came first, the horse or the cart. Darwin one of the great naturalists discovered that music came before speech. I believe this to be true because Nature has always provided it from the beginning of time.

14. I had to get the comment of one musician in the list. Levon Helm from The Band points to the healing side of music. It has been used in shamanic ceremonies for thousands of years, It has never been seen to fail. 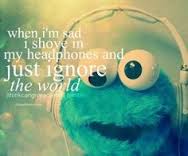 15. And for our last insight, we cross to one of history’s greatest minds. The best way to crack a case of the Sad’s is to go inner and drench it with the music that inspires you.

I am including links to some of my favourite inspiring music so that you can appreciate them as well The Voice of an Angel, Goddess Songs, Indigenous Bliss, Ben sings of Love, Australia’s Heart and Soul, The Outlaw Women from Down Under, Lilith – Wild and Alive

Here’s to our love of music, Namaste until next time my dear friends

1 thought on “Whatever gets you through the Night.”