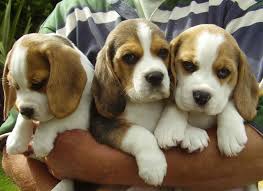 Today I remember the animals of the world, our cohabitants of this precious planet. I recognise their vulnerability, as well as the harm we sometimes do to them. May careless, even cruel behaviour towards animals be forever removed from the earth. May my heart be open to ways I can be of service to them. May the relationship between humans and animals be lifted to its highest place. Dear Gaia, Please bless the animals. Protect Them From the actions of those with cold hearts. May we be proper stewards Of these precious creations in our midst. Amen. I love this prayer by Marianne Williamson to the other inhabitants of our planet although I changed one word, I cannot bring myself to use the word God, it is far to damaged in my estimation to be used to represent the spirit that is mightier than the human race, I much prefer Gaia, the spirit of the planet that does not relate to any power seeking religion. I spent last weekend volunteering at World Vegan Day in Melbourne Australia, my friends call me the worlds greatest volunteer. I was highly impressed by the  number of young  people who have journeyed down the path to Veganism. What is Veganism, Wikipedia defines it as follows